What is Transformational Leadership? How New Ideas Produce Impressive Results 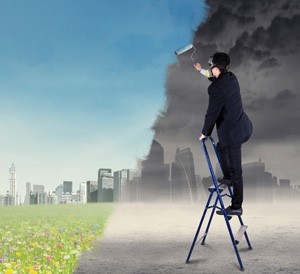 Transformational leadership inspires people to achieve unexpected or remarkable results. It gives workers autonomy over specific jobs, as well as the authority to make decisions once they have been trained.

Some of the basic characteristics of transformational leadership are inspirational, in that the leader can inspire workers to find better ways of achieving a goal; mobilization, because leadership can mobilize people into groups that can get work done, and morale, in that transformational leaders raise the well-being and motivation level of a group through excellent rapport. They are also good at conflict resolution.

All of these traits make transformational leadership a good fit for many types of business.

Transformational leaders are sometimes call quiet leaders. They are the ones that lead by example. Their style tends to use rapport, inspiration, or empathy to engage followers. They are known to possess courage, confidence, and the willingness to make sacrifices for the greater good.

They possess a single-minded need to streamline or change things that no longer work. The transformational leader motivates workers and understands how to form them into integral units that work well with others.

Differences between transformational leadership and other leadership styles

Transactional leaders do the following:

William Edwards Deming is known as the father of statistical quality control. After earning a doctorate in mathematics and physics at Yale in 1928, he spent most of his career working or consulting for the U.S. government. During World War II, Deming taught statistical process control techniques to military production workers.

After the war ended, the U.S. Department of the Army sent Deming to Japan to study agricultural production and related problems. He convinced Japanese officials of the potential for industrial uses of statistical methods. Deming’s goal was to have Japan become a world industrial power in five years. Japan did it in four.  Deming was asked to do the same thing for U.S. manufacturing firms, but his methods did not take root until the 1980s.

Peter Drucker was a professor and management consultant among other things. He predicted some of the 20th-century’s biggest changes, such as the Japanese rise to a world economic power, the age where people would need to learn in order to keep their jobs or get ahead, and the importance of marketing and innovation.  He coined the term “knowledge worker.”

Drucker continually called for balanced management, which called for a balance between short-term needs and long-term plans, as well as profitability and other elements of business. He was very interested in how to mesh innovation and entrepreneurship.

H. Ross Perot started his career as a salesman for IBM. In the 1960s he started his own company, Electric Data Systems (EDS), one of the first businesses that built and serviced computer systems for other companies. In contrast to IBM, Perot trained his workers to do whatever needed to be done for a customer without waiting for approval. There was a strong bias toward action.In the beginning, Perot shunned strategic planning. Over the next few years, however, he hired military officers who could take orders and give orders. Perot’s slogan was “Go, do.”

If an employee took credit for someone else’s work, they were out the door. The motto of Perot’s company at one point was “We bring order to chaos.”

John D. Rockefeller was the founder of Standard Oil. It started as a single oil refinery and grew to a huge company. Much of the company’s growth came through acquisitions. But, Rockefeller also spent a considerable amount of time streamlining the organization as it grew.

Rockefeller built his company’s early reputation by guaranteeing the quality of Standard’s kerosene. He was known for his organizational tactics and for using disciplined strategies. One of the reasons for Rockefeller’s success was he could align his company with one simple vision, then he held everyone accountable for their part in making that vision happen.

In business, transformational leadership is often the most effective leadership style.

Edwards Deming: “A bad system will beat a good person every time.”

Peter Drucker: “If you want something new, you have to stop doing something old.”

Ross Perot: “Punishing honest mistakes stifles creativity. I want people moving and shaking the earth and they are going to make mistakes.”

John D. Rockefeller: “Good leadership consists of showing average people how to do the work of superior people.”

Here are some of the characteristics of transformational leaders:

Advantages and disadvantages of transformational leadership

One of the best uses of this leadership style is in an organization that is outdated and requires serious retooling. It is also a perfect match for a small company that has big dreams and wants to change and adapt to get there. In both of these examples, the board of directors can bring in a transformational leader who will change the structure of the organization and also motivate the current workers to buy into the new direction.